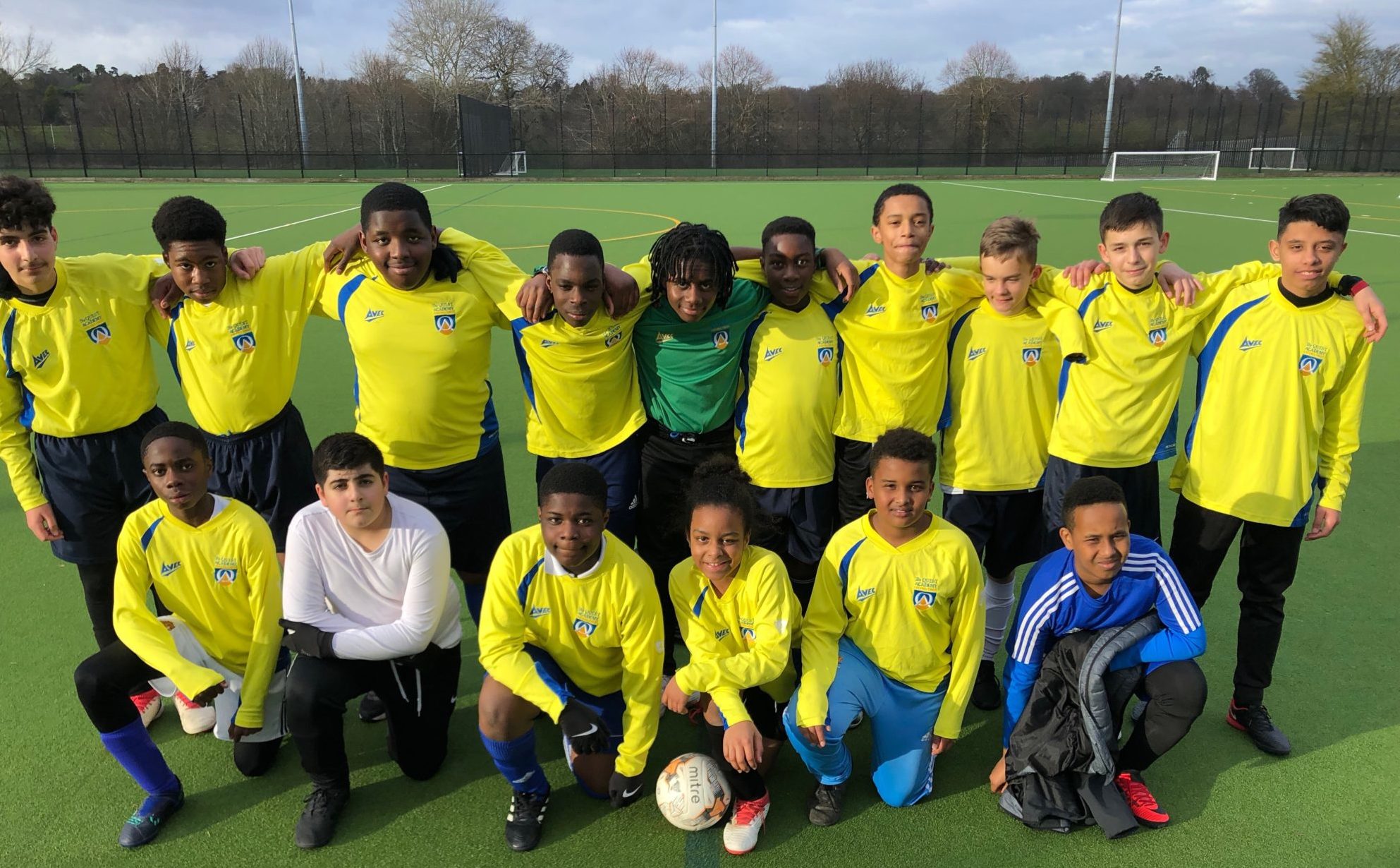 On 27th March, the Year 8 Quest Academy football team won 7-1 against Oasis Shirley Park, putting them within touching distance of promotion to the A league.

A hat-trick from Josh T, 2 goals for AB and goals for Bislim H and Krisztofer K ensured the victory.

Quest started the game slowly going 1-0 down after a blistering start from Oasis. However AB produced a sensational volley 10 minutes later, lobbing the keeper from 25 yards to get Quest back into the game at 1-1. Quest took control from here and started to play some wonderful football. Our desire to win the ball back at every opportunity was clear to see and when chances arose our finishing was clinical. Oasis struggled to get back into the game from here and Quest marched to victory with Bislim H, Kristopher K and Josh T ensuring Quest went in 5-1 up at half-time. Quest were told to not let their performance drop in the second-half despite the healthy lead and they continued their dominance with Josh T and AB both scoring again to confirm a 7-1 victory.

Despite the early goal conceded which could have been dealt with far better than it was, the defence stayed confident and strong and performed brilliantly for the remainder of the game.

A mention must also go to George – Ramses  in goal. A superb display from the confident Year 7. He caught everything that came his way, made some crucial saves throughout the game and his kicking was simply phenomenal.

Year 8 have one final league game remaining before the end of the season. However if results go their way, promotion could already be sealed without them having to kick a ball. The fact that 50% of this team is made of Year 7 boys is also a great credit to the players and how well they have done this season.