The U13 Croydon District football team lost on penalties in agonising fashion against Gateshead District a few weeks back, after competing in the ESFA National Cup Final up at Lilleshall National Sports Centre.

The game was live streamed on YouTube with over 500 people watching at one point. Five students from the Quest Academy represented Croydon in this game: Rizgar Bedir, Ramses Angoua, Oscar Moor, Phillip Hayford and Subby Noiki all represented the team with distinction and can all be proud of the impact they had on the team throughout the season.

Reaching the final was an historic achievement as it was the first time a Croydon team from any age group had reached the ESFA National final in 40 years.

The game ended 2—2 after 70 minutes and went straight to penalties. The scores were even after five penalties each so it went to sudden death penalties. Croydon had two opportunities to win if they had converted their penalty but sadly both of these were missed and Gateshead went on to win the cup. 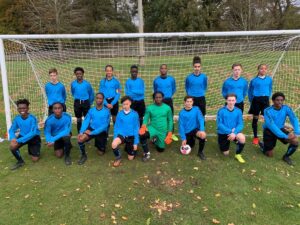 Huge shout out to Rizgar Bedir who claimed the Man of the Match award after his one goal and one assist, voted for by the YouTube viewers.

Croydon U13 Manager and Quest Academy PE teacher, Richard Wilder had the following to say, “It would have been great to win and to lose the way we did makes it all the harder. However, I can’t explain how proud I am of my team and what a privilege it has been to work with such a talented and respectful group of kids. Croydon can be very proud of these boys; they have served the borough with distinction throughout the whole season. We must take the positives and use this experience to ensure we go one better next time out!”

The Year 11 Croydon District team, managed by Mr Langan of Riddlesdown Collegiate, also made the final in their age group and were awarded joint winners as they were unable to play their final due to Covid-19 restrictions. Matt Angoua and Ilyas Walker both represented the Quest Academy by being part of this team.

Well done to all seven Quest Academy students who played across both these district teams, you should all be so proud of what you have achieved! 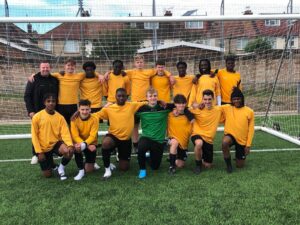